Dough:
Warm the vegan milk in a medium saucepan over low heat until it reaches about 100. Remove from the heat and sprinkle in the yeast and 1/4 teaspoon sugar. Set aside until foamy, 15 minutes. 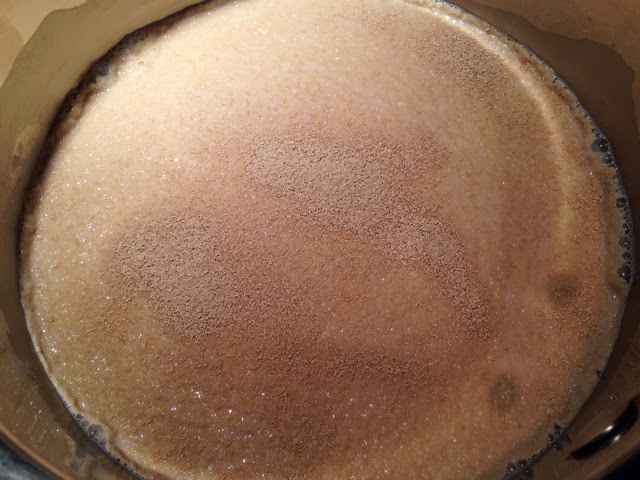 Once the mixture foams up and doubles in size, whisk in the melted vegan butter, "egg" mixture , and vanilla. 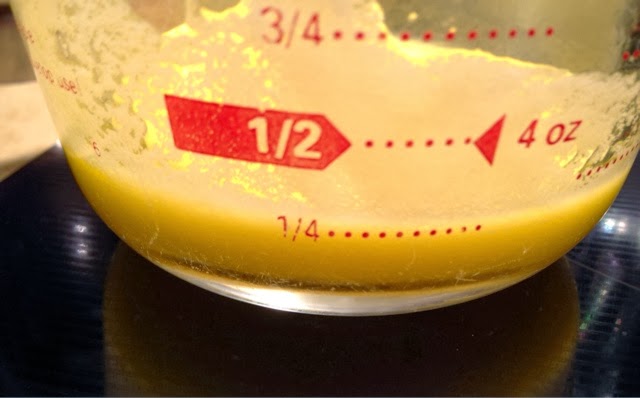 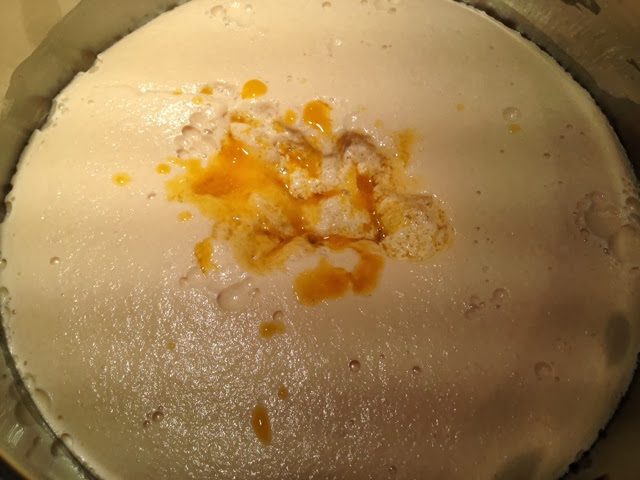 In the bowl of a stand mixer, whisk the flour, the remaining 1/4 cup sugar, the salt, and nutmeg. 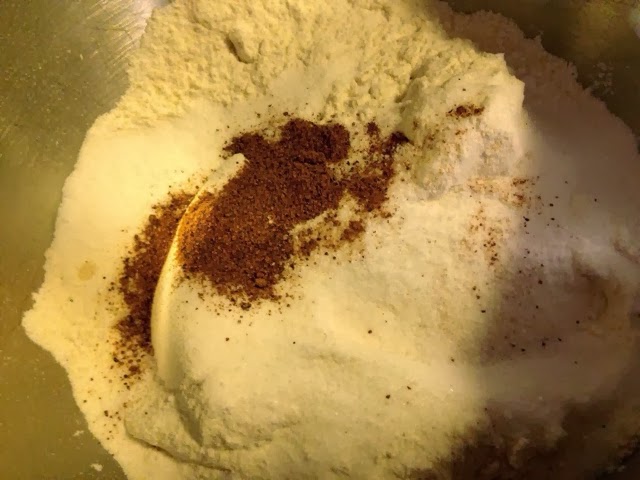 Make a well in the center and pour in the yeast mixture. Mix on low speed with the dough hook until thick and slightly sticky. Knead on medium speed until the dough gathers around the hook, 3-6 minutes. 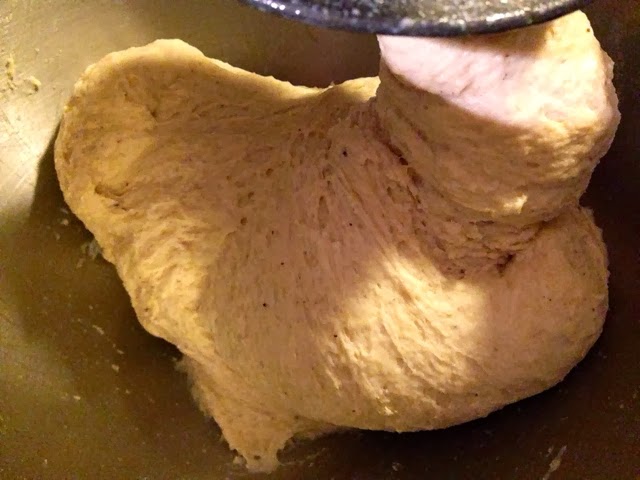 Remove the dough and shape into a ball. Coat vegan butter on the mixer bowl and return the dough to the bowl, turning to coat with vegan butter. Cover with plastic wrap and let rise until doubled, 1 hour 15 minutes. 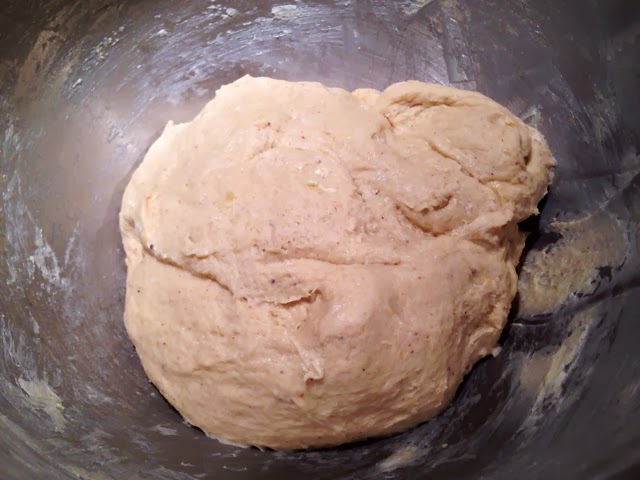 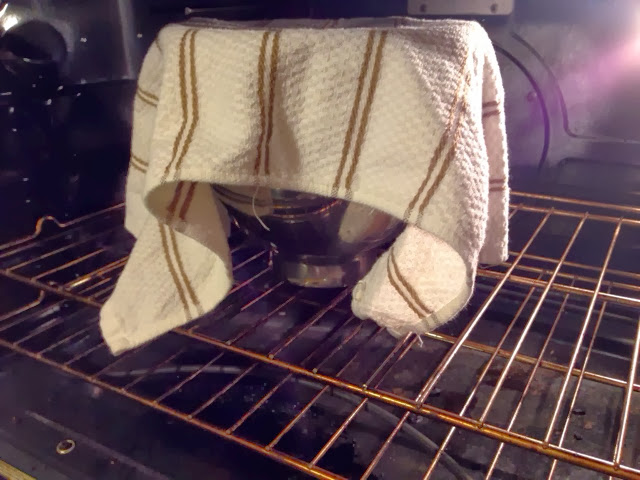 Assembly
Roll out the dough, fill and cut into buns.

Rolling
How to Form Cinnamon Buns
On a lightly floured surface, roll the dough into a 12-by-14-inch rectangle with the longer side facing you.
Spread with the softened vegan butter, leaving a 1/2-inch border on the far long edge.
Mix the sugar and cinnamon and sprinkle it over the vegan butter. 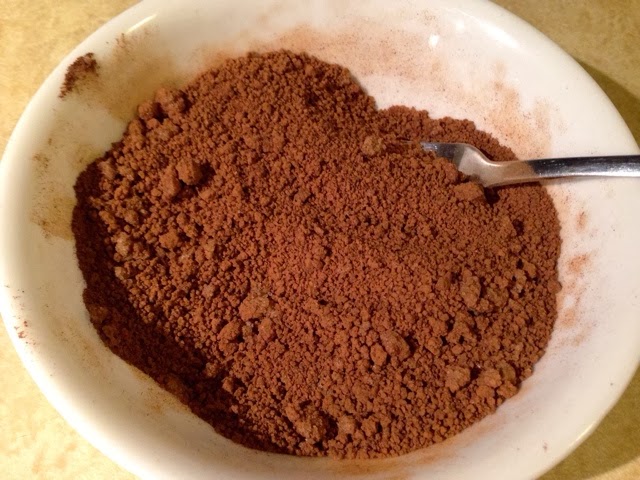 Brush the unbuttered far edge with water. Roll the dough away from you into a tight cylinder and press on the long edge to seal. 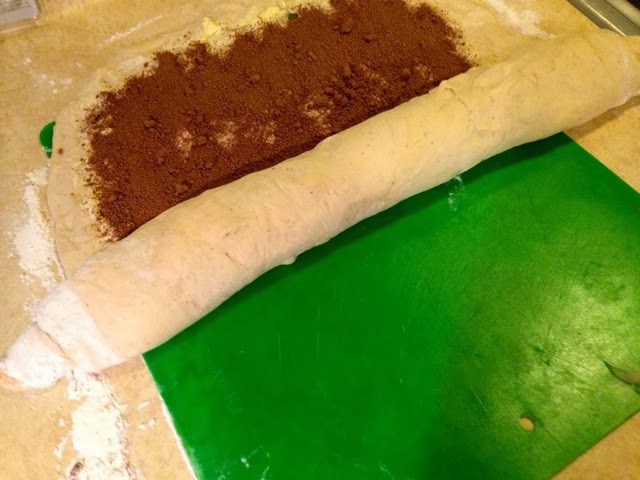 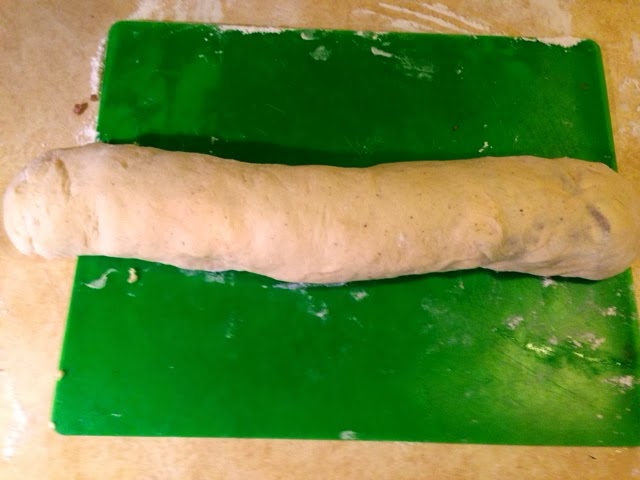 Cut the cylinder with a sharp knife to make 6-8 equal-size buns. 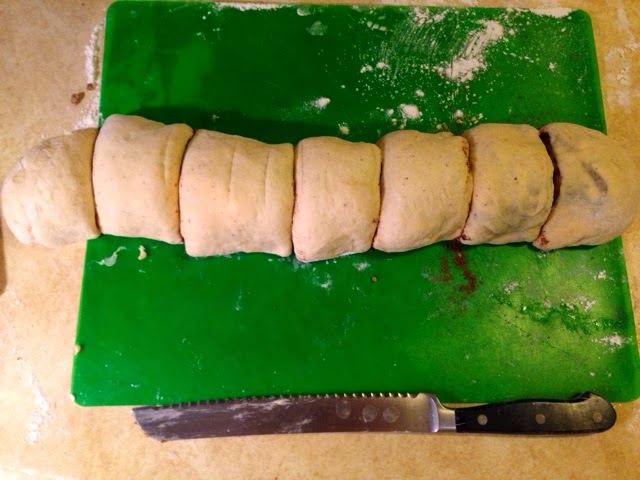 Assembly Continued
Butter a 9-by-13-inch baking pan.
Place the buns cut-side down in the pan, leaving space between each.
Cover with plastic wrap and let rise until doubled, 40 minutes. 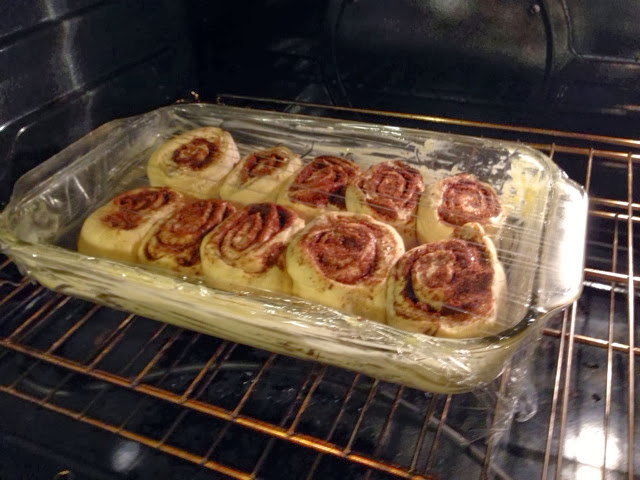 Once the buns have risen, place them into the 325 oven.


Bake the buns until golden brown, about 35 minutes. Cool in the pan 15 minutes. 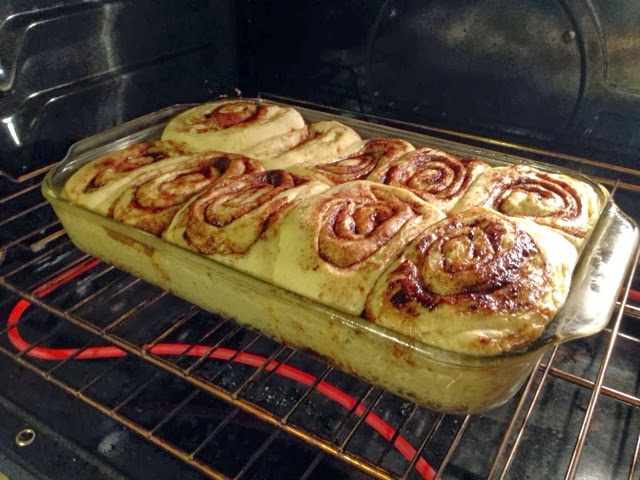 Meanwhile, make the glaze: Sift the confectioners' sugar into a bowl, then whisk in the cream and melted vegan butter. 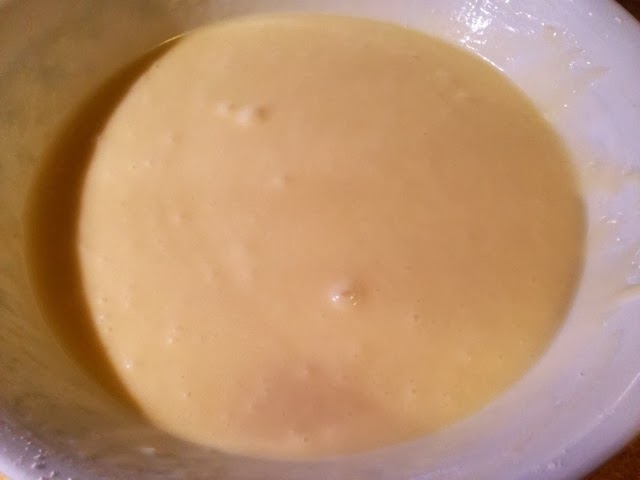 Transfer the buns to a rack and spoon the glaze on top while still warm. Serve them right away or allow to cool further and pair with a big cup of coffee or glass of ice cold vegan milk. Store in the fridge and reheat as needed.

Posted by The Comforting Vegan at 4:33 PM